This nightshot was taken during a 3-day city trip to Barcelona. 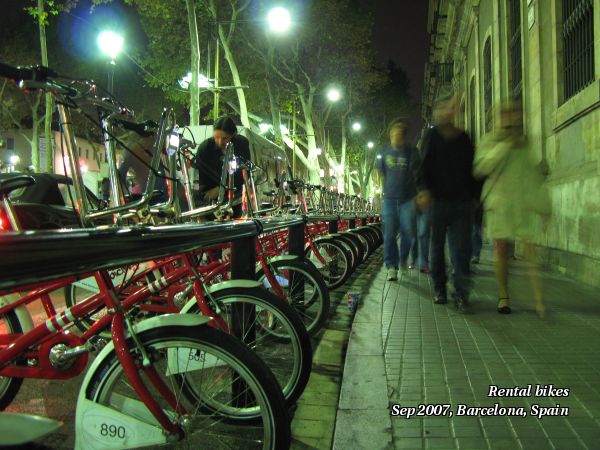 Those bike-stations are very common in Barcelona.

In comparision to the Vienna City Bike it is much more accepted and much more maintained. It's ruther common to see a little Truck labled "bicing" around those stations and perform some maintanance.

According to www.bicing.com the service was started in March 2007 and has now 1500 bikes on 100 stations and gained 80 000 users in the first three month.