This photo was shot during a bicycle tour on Mallorca Island. 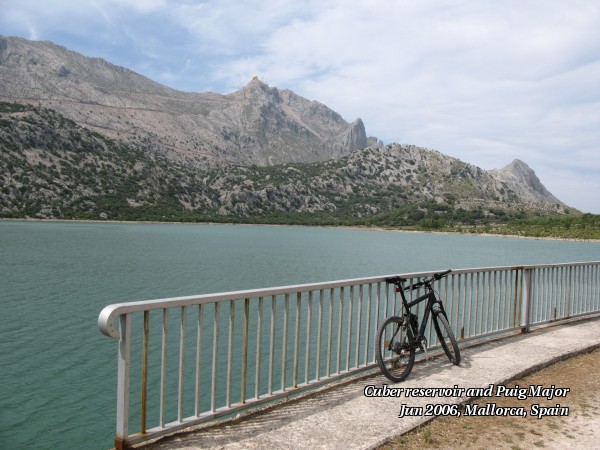 It shows the Cuber Lake with Puig Major in the back.
Puig Major is the highest peak on Mallorca and hosts a US Radar station built in 1958.
The road up to the top is also under US Army control and was built during the same period as the radar station.

The Catalan references linked in the page can be translated here.